1. Brief introductions of the ABS system

A semi trailer ABS (Anti-lock braking system) is an electronic control system that monitors and controls the speed of the vehicle during braking. Its task is to prevent wheel locked caused by excessive braking force of the vehicle (especially on slippery roads), and ensure the driving stability, steering control of the vehicle and the best effect of braking coordination of the tractor and semi-trailer. At the same time, the available braking friction between the tire and the road surface and the optimization of the vehicle deceleration and braking distance are ensured. The ABS works through the conventional braking system, which can improve the active safety of the vehicle.

2. Advantages of the ABS system

The advantages of installing ABS system on the vehicles mainly include:

1) During emergency braking, the operability of vehicle direction is maintained;

4) It reduces the mental burden of drivers.

3. Compositions of the ABS system

The ABS is a system composed of many components. Its main components are as below:

As shown in Figure 1 below, it is the core component of ABS, which is composed of high-performance single chip and integrated circuit, embedded with optimized high-level language algorithm and logic. It controls the brake pressure regulator according to the signal processing of the wheel speed sensor, then controls the braking torque of the corresponding wheel, and finally completes the control function of vehicle anti-lock braking. 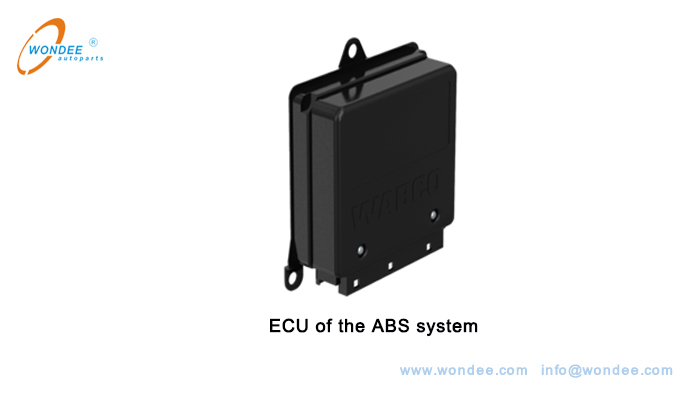 As shown in figure 2 below, when ABS works, it regulates the pressure of wheel brake cylinder.

As shown in Figure 3 below, There are also integrated valves on the market, which are composed of electronic control units and active pressure regulators. 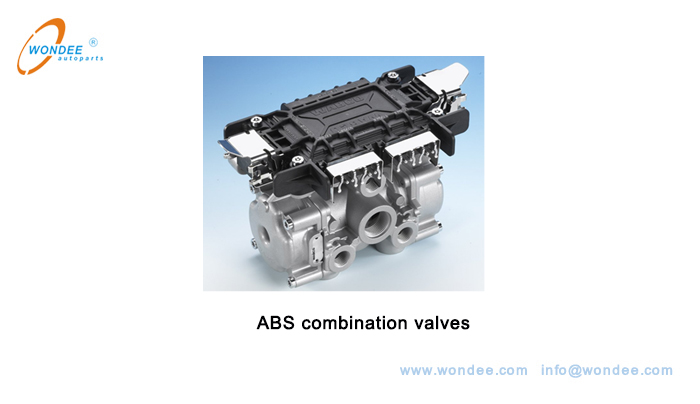 As shown in Figure 4 below, it is installed on the axle. It is generally electromagnetic, with permanent magnet in the middle and coil in the periphery. When the magnetic flux induced on the coil changes, the AC voltage induced on the coil is sent to the controller. As shown in Figure 5 below, the gear ring is made of soft magnetic material, which is installed on the wheel hub and rotated with the wheel. 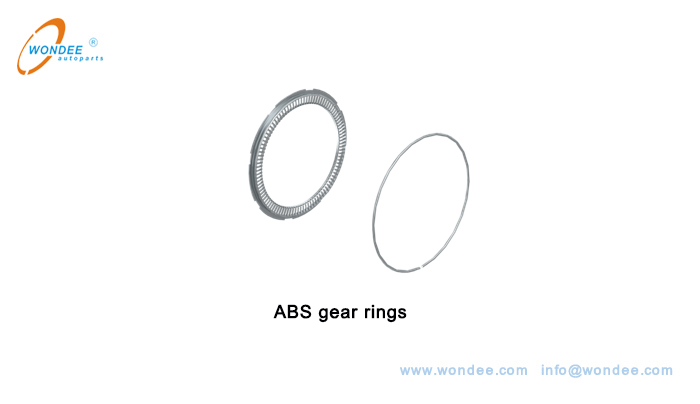 4. Technical standards of the ABS system

The technical standards of the semi-trailers ABS system shall be implemented in accordance with GB / T13594-2003（Anti-lock braking performance and test procedures for motor vehicles and trailers).