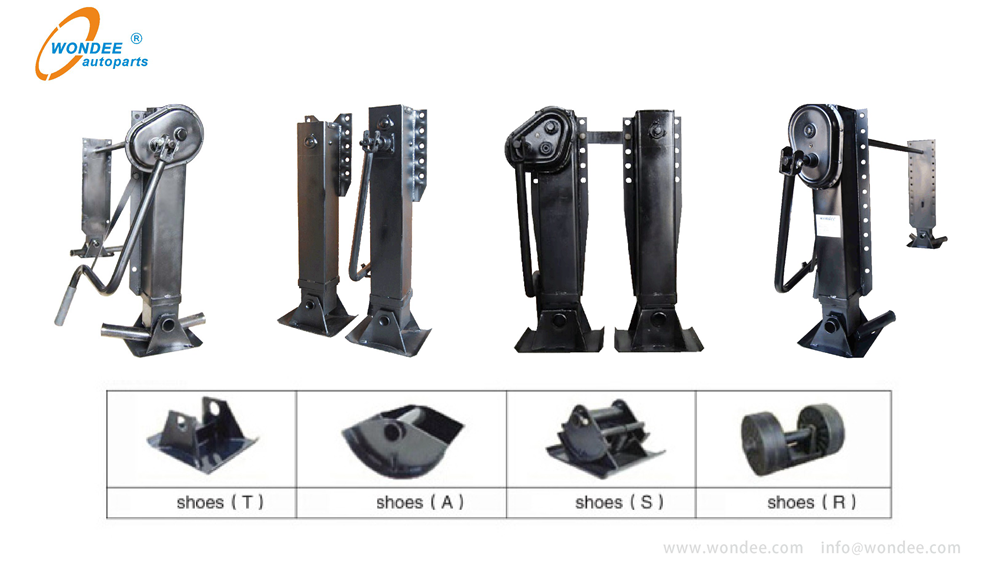 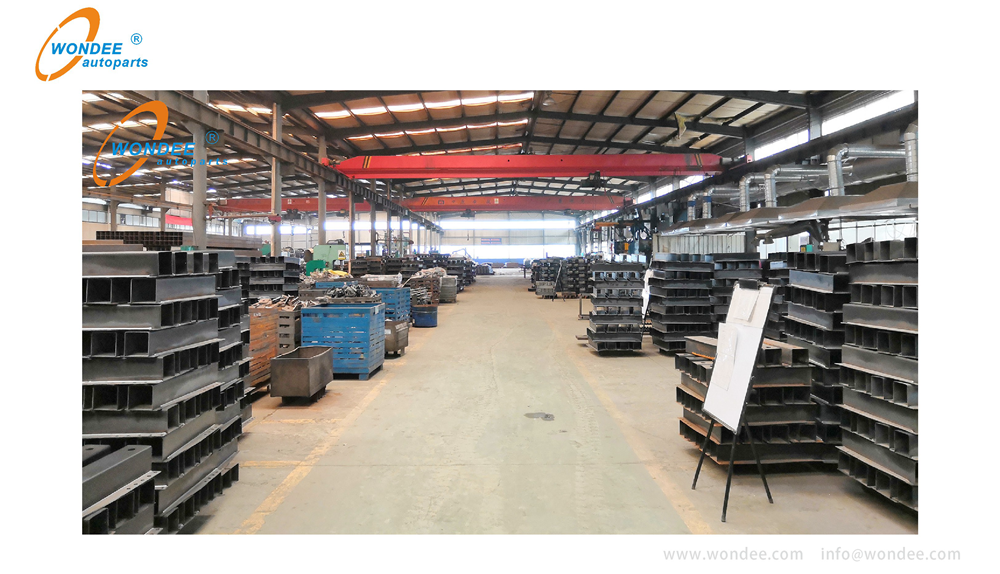 The structure of the trailer landing leg:

The trailer leg has a simple structure, and its main components include a two-speed gearbox, a support sleeve, a support rod, a drive screw (rocker), and a support foot.

Semi Trailer landing legs are divided into single-acting type and linkage-acting type. Among them, the single-acting landing gear means that both sides are operated separately, there are two cranks, and each leg is equipped with a gear box. linkage-acting landing gear refer to lifting on both sides by unilateral operation. There is only one crank, which is composed of one leg with a gear box and another leg without a gear box. 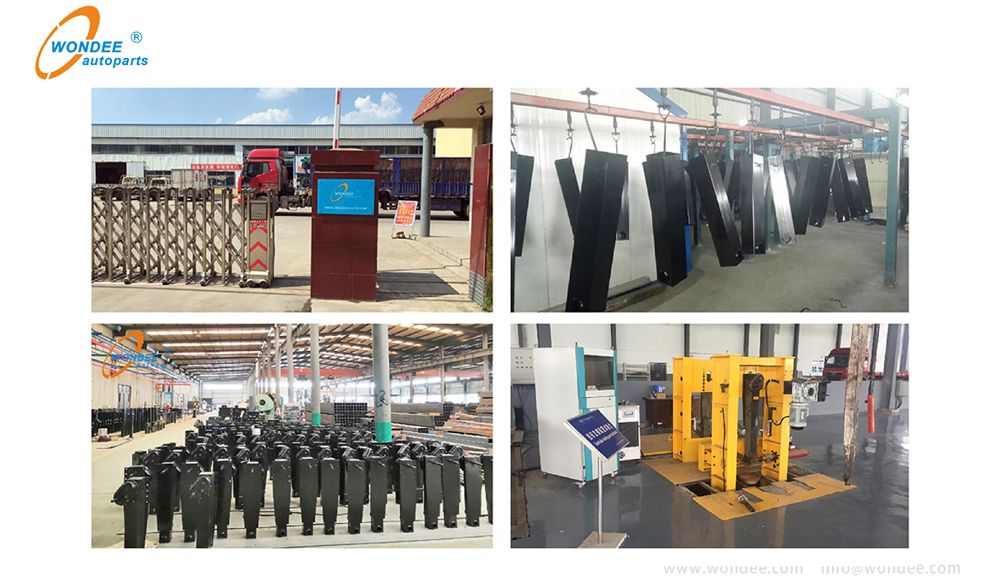 There is a gear box on each leg of this type of landing gear, which is divided into gearbox inside and gearbox outside. Through two cranks, it can be independently lifting and lowering. And gears have two speeds, high and low speed. Generally, both high and low speed gears can be used when semi trailer unloading ,when semi trailer with heavy loading A low-speed gear must be used. This type landing gear is the most basic traditional landing leg, which is highly adaptable and can be used on both flat and uneven ground.

This type of landing gear has only one gearbox. Through a crank, the left and right legs can be lifting and lowering at the same time. The gearbox also have two speeds, high and low speed. The lifting efficiency has been doubled, but this kind of landing gear is only suitable for flat roads. On uneven roads, the support surface must be kept basically level by the cushion block. 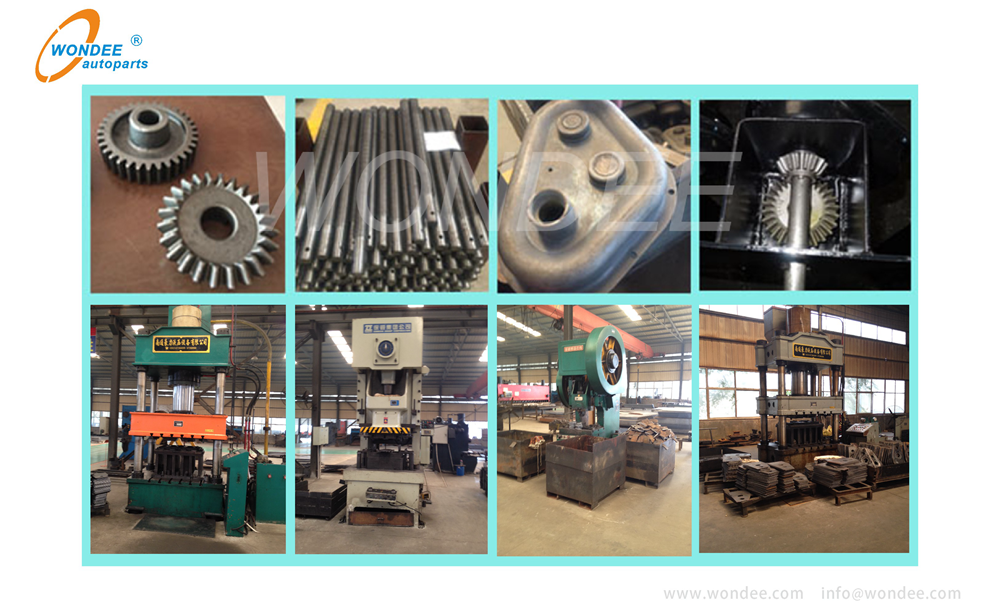 The function of the trailer landing gear: 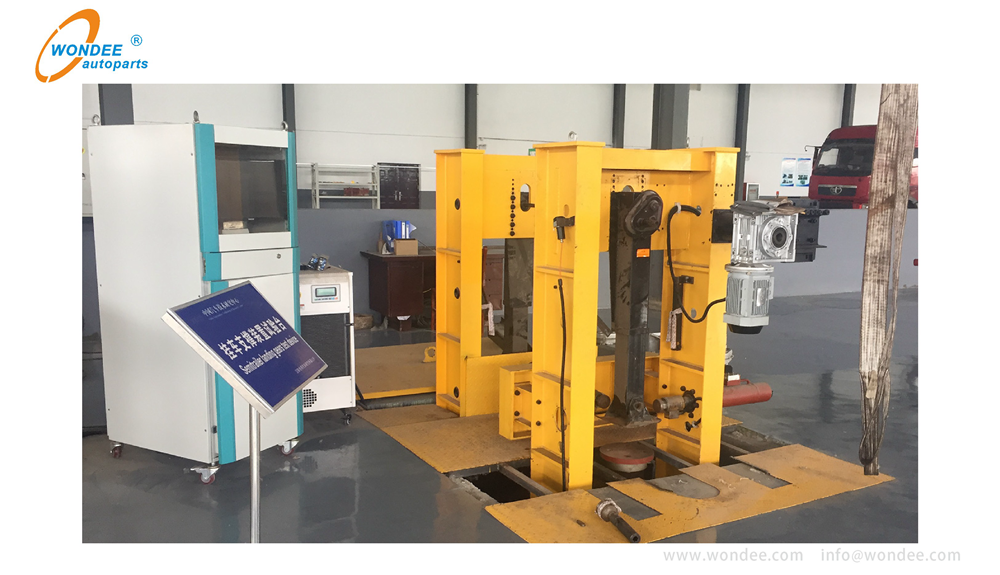 3: Have more than 100 sets of production machines

5: Have more than 54 oversea customers 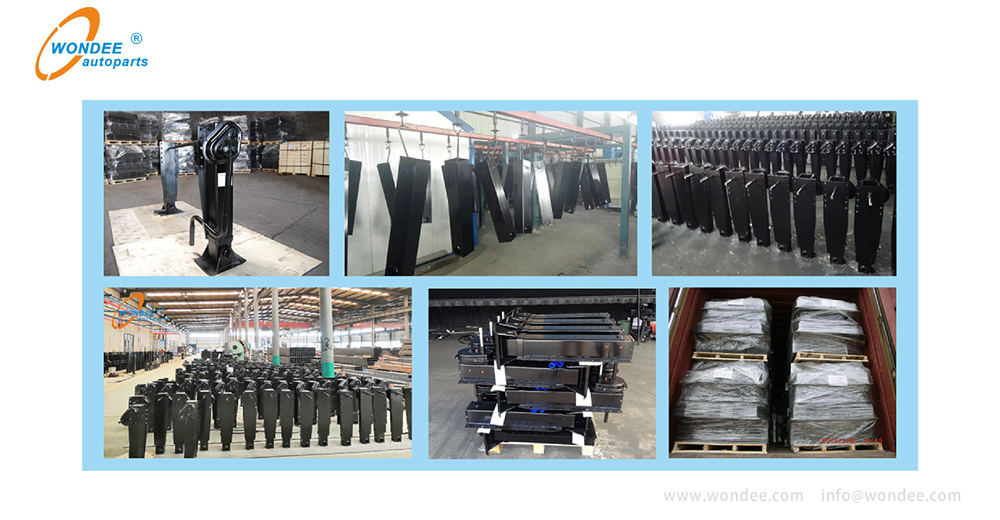 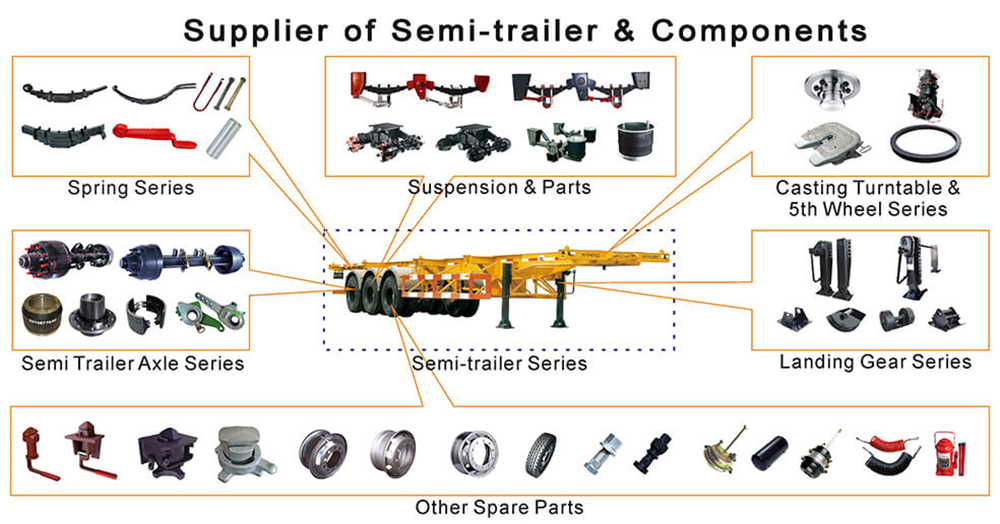