Introduction of fuel tankers（Part 1） - use and maintenance

Light fuel transport vehicles can be divided into tanker trucks and refueling vehicles. It is mainly used for filling and transportation of light fuels such as gasoline, kerosene, diesel, and other non corrosive liquids when necessary, as shown in Figure 1 below. 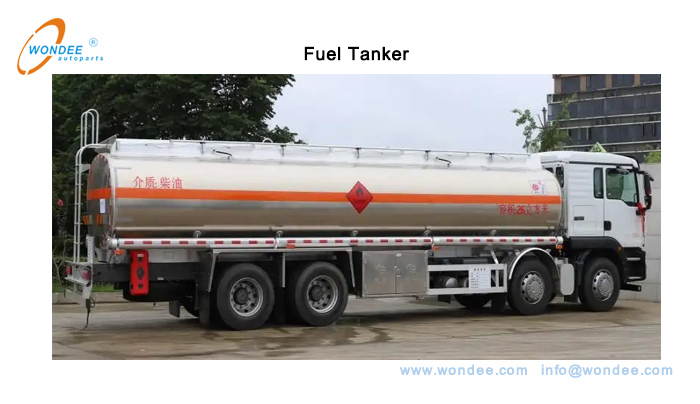 All fuel tankers must meet the standard of GB18564.1-2019 “Tank Vehicles for Road Transportation of Dangerous Goods”. 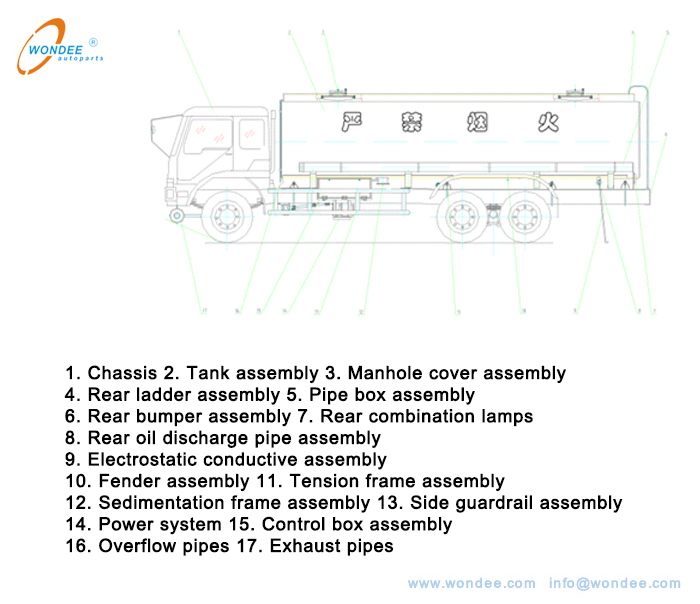 The main structure of the tank assembly is shown in Figure 3 below. 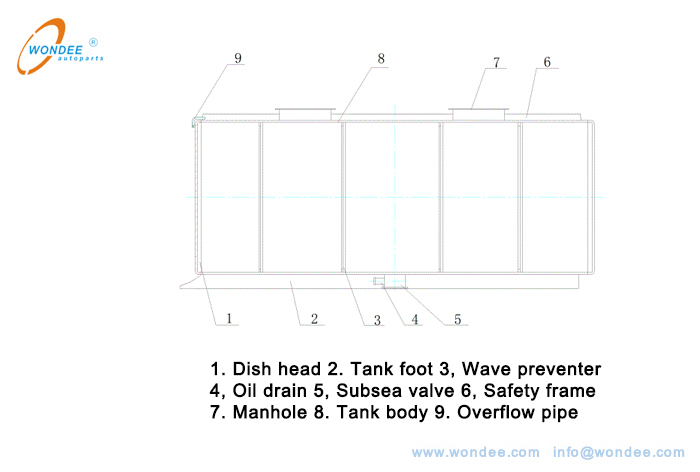 
The cross-sectional shape of the tank body is divided into oval and “round rectangle”. Several wave proof plates are welded in the tank to reduce the impact of fuel in the tank. The tank bottom is equipped with a sedimentation basin and a sewage outlet, which can be opened irregularly according to the situation to discharge the water and dirt accumulated at the bottom of the tank.


The upper part of the tank is equipped with a safety frame, which can store the oil spilled when filling the tank for easy cleaning, or let it flow out through the overflow pipe at the front end of the tank, so as not to pollute the external surface of the tank. The oil drain port at the bottom of the tank can be connected with the oil drain pipe to form an oil transport vehicle, or it can be connected with the oil pump inlet pipe to form a refueling vehicle. For heavy oil tanks, steam heating devices can be set as required to facilitate the discharge of oil at different temperatures.


The tank body is welded with high-quality carbon structural steel. Users can choose stainless steel or other non-ferrous metal tanks according to their needs.


The tank body is fixed on the beam of the vehicle chassis frame with U-bolts and connecting plates through the tensioning frame on the tank leg. A rubber plate is added between the tank leg and the frame (There is not this part if there is no requirement for refitting the chassis), which plays the role of shock absorption and noise reduction.

Check the working condition of the breather valve to ensure that it works sensitively and reliably.

The upper cover assembly adopts an intelligent manhole cover, which is composed of a built-in breathing valve and an emergency exhaust device. In the process of use, it can automatically adjust the pressure in the oil tank to balance the internal and external pressure. When the tank is dumped, the breather valve will be automatically closed to effectively prevent oil leakage. When the external temperature of the tank is too high and the pressure in the tank increases by more than 21~30kpa, the emergency exhaust device will be opened to release the pressure in the tank, and the maximum exhaust volume will reach 7000m/h, which can effectively prevent explosion.

① The power of the engine transmission box is taken out by the power takeoff and transmitted to the speed increase box before the oil pump through the transmission shaft, so as to drive the oil pump to work and realize the setting function. The power takeoff lever is usually pneumatically operated, that is, a switch in the cab is used to control the on-off of the compressed air circuit, so as to realize the output of power.

② The subsea valve, also known as the emergency shut-off valve, is installed at the bottom of the tank, which can change the traditional top refueling to carry out the bottom refueling, making the operation simpler, safe and environmentally friendly. A cut-off groove is designed on the valve body. In case of an accident of the oil tank vehicle, the cut-off groove will be disconnected, and the pipeline under the vehicle will be cut off from the tank without affecting the sealing of the tank, so as to effectively prevent the oil leakage from the tank, so as to ensure the safety of the tank.


③ The subsea valve is controlled by the manual reversing switch in the cab. When there is no compressed air or it cannot be opened normally for special reasons, it can also be opened manually without Dismantling the valve.

① The pipeline system of the oil transportation vehicle is relatively simple, that is, a straightway valve is installed on the drain pipe to control the discharge of oil. When the straightway valve is first used, it needs a large force to open it. After several times of use, it can be opened and closed with a small force. The opening force of the valve can be adjusted by adjusting the bolts on the end face of the valve. The valve has been adjusted when it produced in the factory. Users generally do not adjust it to avoid valve leakage.

② The pipeline system of refueling vehicle is relatively complex, which is generally divided into two structures.

The pipeline system structure of refueling vehicle (Type 1) is shown in Figure 4 below. 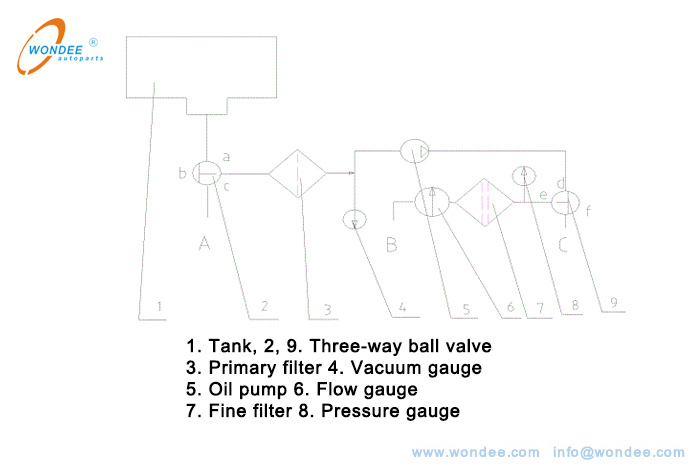 The pipeline system structure of refueling vehicle (Type 2) is shown in Figure 5 below.

The ball valve has been adjusted in the factory. Users generally do not adjust it to avoid valve leakage. 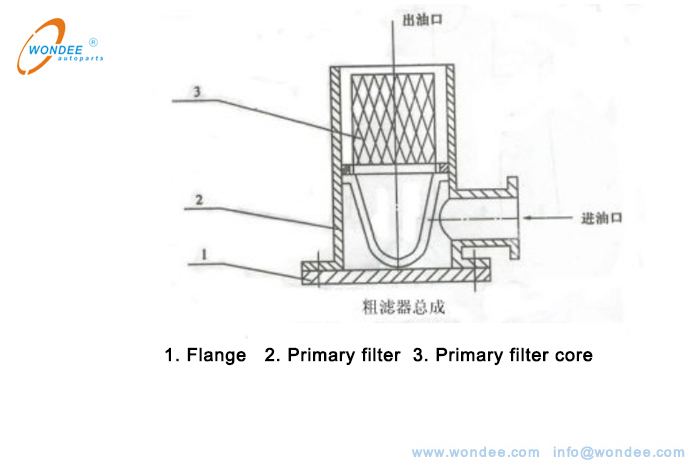 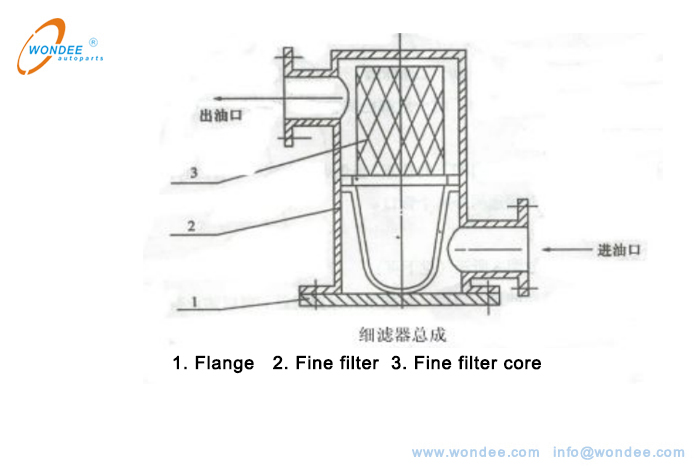 
d. The flow gauge is a measuring device for the refueling vehicle when it is working. It is a relatively precise measuring instrument. It has been adjusted in the factory. Generally, users should not adjust and disassemble it at will, as shown in Figure 7 below. 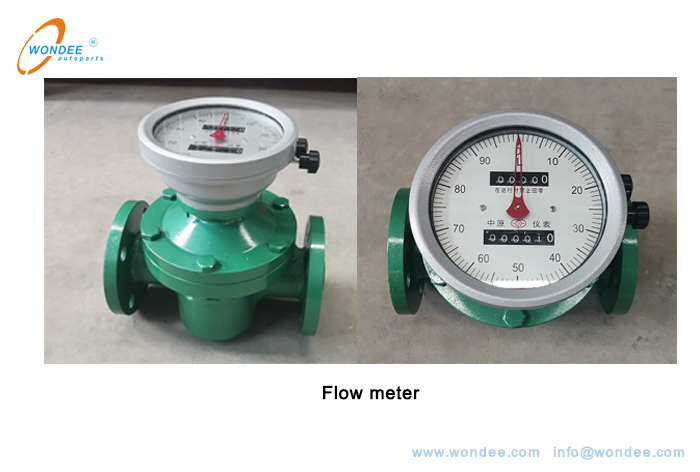 e. There are three joints in the refueling vehicle pipeline system, which can quickly realize the connection with the refueling pipes. At the same time, the joints are well sealed without leakage, as shown in Figure 9 below. 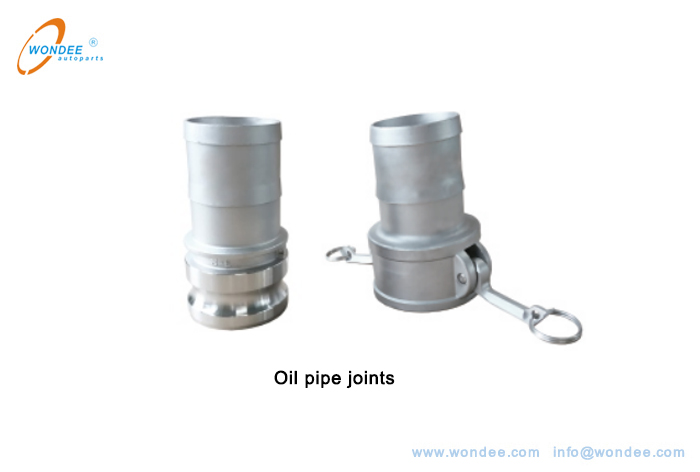 
No matter the oil transport vehicles and refueling vehicles, put an oil delivery hose in the pipe boxes on both sides of the tank for the use of filling and discharging oil. As shown in Figure 10 below. 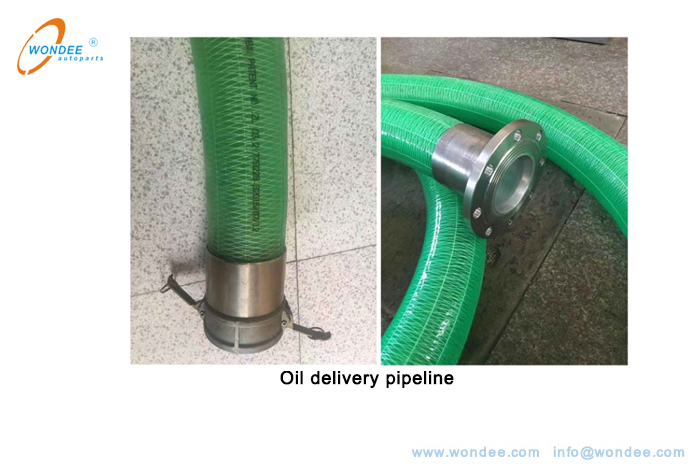 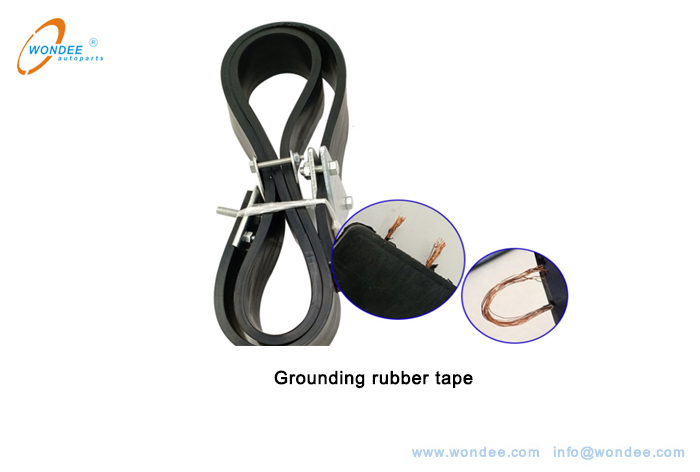 According to GB11567-2019 “Requirements for Side and Rear Lower Protective Devices of Automobiles and Trailers”, safety barriers are set on both sides of the oil tank vehicle, which are fixed with lifting rails respectively. When necessary, the upper end of the diagonal brace can be fastened, the bolts can be removed, and the protective fence can be removed. The rear part is equipped with a rear bumper and fenders above the wheels.

For safety and fire prevention, most oil tank vehicles are equipped with fire caps, which can directly enter the oil depot or gas station during use. You can also choose a fire silencer instead of a fire cap.

The fuel tanker is a special vehicle for transporting inflammables and explosives. A red marker light (optional according to user requirements) should be set above the cab.

The vehicle identification code is engraved on the product label of the tank vehicle.