The emergency shutoff valve, also known as the sub-sea valve, installed at the bottom of the tank body of a tanker, is a vital safety unit in gas applications. The valve is sealed inside the tank. The valve body is equipped with a shutoff groove. When it is strongly collided, the valve body will break outside of the flange, separating the tank from the pipeline at the bottom of the vehicle, becoming an independent and closed tank, so as to prevent liquid leakage, greatly improve the safety of transportation. It is a key component for bottom filling and discharging of the tanker. As shown in Figure 1 below.

2. Composition of a emergency shutoff valve 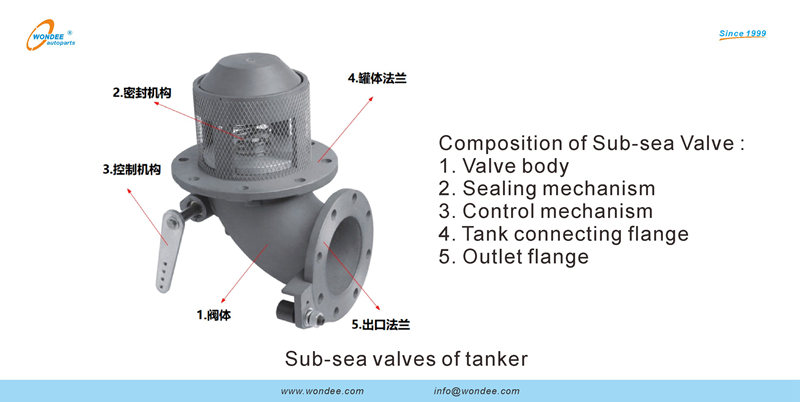 The control mechanism is composed of valve stem, valve seat and driving device. When installing the emergency shutoff valve, the sealing mechanism is placed inside the tank and connected with the tank bottom plate through the tank connecting flange; The sealing mechanism uses stainless steel spring force for axial automatic sealing, so that the sub-sea valve is in a normally closed state, and the opening and closing operations are carried out through the transmission mechanism.

A shut-off groove is set at the root of the valve body, which can effectively absorb the energy transmitted by the pipeline damaged by the collision of vehicles. The valve body breaks from the shut-off groove, separating the tank body from the pipeline, thus ensuring the integrity of the sealing mechanism, avoiding material leakage, and greatly improving the safety of transportation. It is adopted by many international and domestic petroleum companies, chemical liquid dangerous goods transportation and other enterprises. 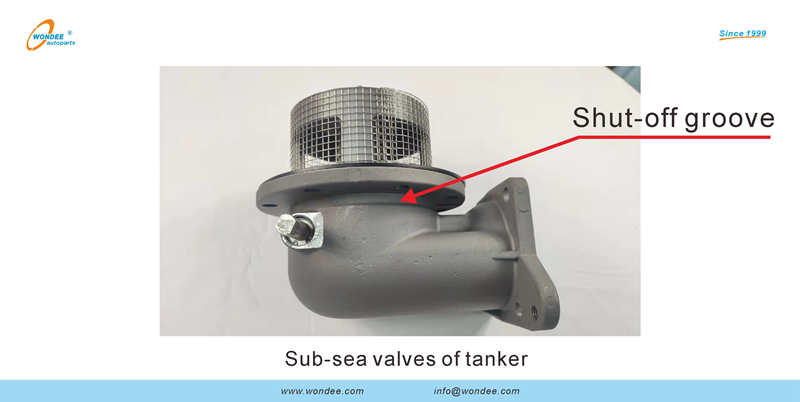 In case of emergency, the valve can be quickly closed manually or automatically. The emergency shutoff valve shall be closed during non-filling and discharging.

On the tanker, the pipeline between the emergency shut-off valve and the filling/discharging adapter, including pipeline elements.

The time from the start of closing the emergency shutoff valve to the stop of liquid flow.

It refers to the nominal inner diameter of the valve. It is represented by DN and digits, for example, DN100 represents 4-inch caliber.

Valves that cannot be opened by the medium's own transport pressure as the medium pressure on both sides of the valve remains in balance.

Valves that can be opened by the medium itself conveying pressure as the medium pressure on both sides of the valve remains in balance.

When checking and repairing the valve, press the pressure plate and rotate it anticlockwise to take out the pressure plate, spring and valve disc at one time, and check whether the sealing ring is intact. If it is damaged, please replace it.